A major sewer interceptor will be diverted into the river during demolition of the Bonaventure Expressway, sending about one-third of the city’s raw sewage into the river. 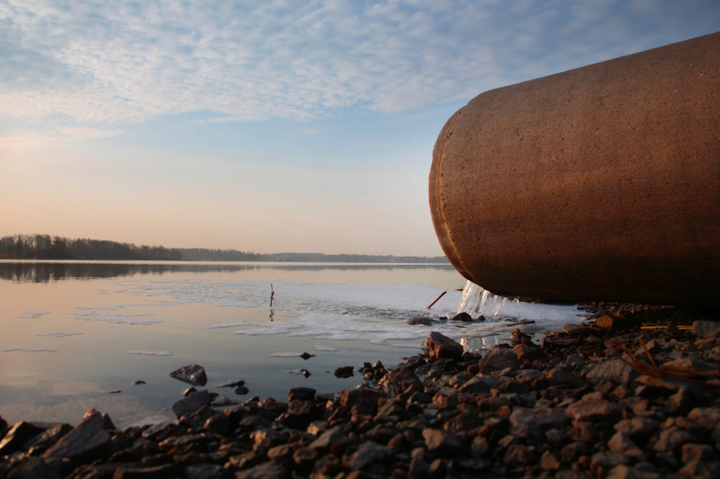 MONTREAL — Oct. 8, 2015 — The City of Montreal is planning to dump eight billion liters of untreated wastewater into the St. Lawrence River later this month.

A major sewer interceptor will be diverted into the river during demolition of the Bonaventure Expressway, sending about one-third of the city’s raw sewage from storm drains, homes and industry directly into the river. Montreal Mayor Denis Coderre claims that the city has no alternative, as building a temporary diversion or mobile tanks would cost hundreds of millions of dollars.

Federal Infrastructure Minister Denis Lebel has expressed concern over the plan, and Patty Ritchie, a New York state senator, sent a letter to the International Joint Commission, an organization created by Canada and the United States to regulate shared waters.

“The City of Montreal plans to dump the equivalent of 2,600 Olympic-sized swimming pools filled with wastewater from homes and businesses into North America’s most beautiful river,” the senator wrote in the letter.

“While I realize that the dumping will occur in Canadian waters, downstream from any U.S. communities, I am very concerned by the precedent Montreal is setting for other communities along the St. Lawrence and the lakes.”

Environment Canada is still assessing the implications of the plan, but Émilien Pelletier, a professor of oceanographic chemistry at the Université du Québec à Rimouski, told the Globe and Mail that there should be no problem with contamination.

“It’s not even .02 percent of the flow, so from the point of view of dilution, it shouldn’t have an enormous impact,” Dr. Pelletier explained in the article. “I’m a bit concerned about petroleum products, but the organic matter should be fine. There’s probably no long-term effect. The river can take it.”

The week-long wastewater dump is scheduled to begin on October 18.