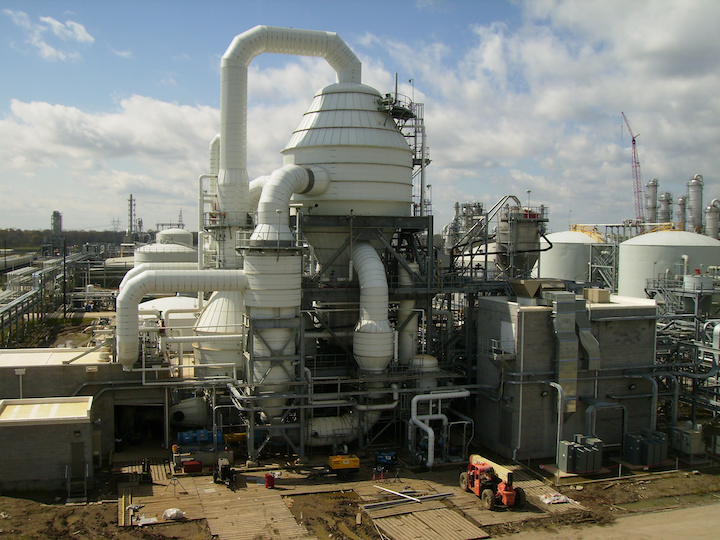 Chengda, a Chinese engineering and design firm based in Sichuan province, was engaged by Khair’s Inorganic Chemical Industries Company (InoChem) to develop a major facility designed to process a feedstock of salt and limestone to produce 300,000 tons of soda ash and 300,000 tons of calcium chloride per year.

This will enable the substitution of imports in myriad applications from glass making to oil drilling, and will make InoChem the first manufacturer of soda ash in the Gulf region and the largest producer of calcium chloride in the Middle East and North Africa (MENA).

Veolia’s HPD evaporation system, which is designed to be integrated with other equipment into InoChem’s overall production facility, will concentrate and purify the brine stream to produce a calcium chloride solution. A portion of this concentrated brine, which has mostly been depleted of sodium chloride, will be further concentrated in a secondary process using a two-effect finishing evaporation system to produce high-quality flaked and calcined calcium chloride products, along with a high-purity sodium chloride byproduct that can be recycled within the plant.

“We are pleased to be a part of this landmark industrial complex. This contract to help Chengda deliver world-class chemical production plants is a testament to Veolia’s value thanks to our extensive experience in thermal separation and previous expertise in the design of similar processes,” said Jim Brown, executive vice president of Veolia Water Technologies Americas.

Veolia’s process design expertise and track record with HPD evaporation and crystallization technologies help chemical producers optimize their operations by achieving high-purity outputs while improving environmental performance with a focus on the recycling of liquid streams and the recovery of valuable resources.