As large industrial water users join BlueTech Forum this week, the spotlight is on water resiliency. 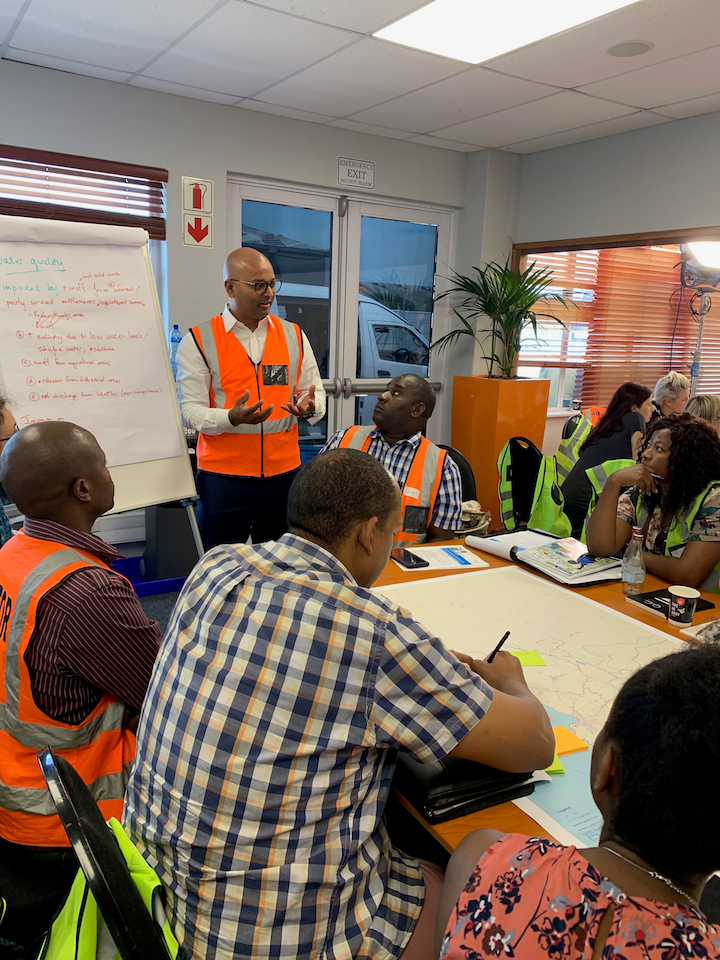 A shift in the way big industrial water users manage resources is taking place as corporations seek to strengthen their resource resilience. That is the experience of Menno M Holterman, chief executive of Nijhuis Industries, which is headquartered in the Netherlands and delivers solutions and innovative water and wastewater projects globally.

"Worldwide we see a trend that water reuse is becoming mandatory for some of the major corporations," he says. "It depends on geographical location of course, but in areas where they're facing a lot of water stress, availability is being seriously assessed and reviewed in today's boardrooms."

Increased Projects
Holterman has seen this change even over the last 12 months as the number of water reuse projects delivered by Nijhuis has increased. Examples include two large-scale water reuse projects in Poland - one for the world's largest production facility of cosmetics' producer L'Oréal and another for the largest poultry slaughterhouse in the country.

"We are using similar technology for both," he says, "both of the reuse waters are required for a food-grade environment and we have even been EU-certified as the first company in Poland to produce potable quality water from wastewater. At the slaughterhouse, instead of discharging 8,000m3 a day of treated effluent to surface waters, we're now installing an 8,000m3 reuse plant . The water is treated to a very high quality and recirculated back into the production facility."

At the other end of the range of reuse applications, Sandy Fabritz-Whitney, has an account director of water strategy at US mining company Freeport-McMoRan says the company recaptures process water at the base of its tailings facilities for continuous recirculation. The process reuses water without a requirement for treatment, saving water and energy resources.

"We're pumping that water back up into the mill processing facility," she says, "recycling water that would otherwise have to be treated and released back into the environment."

Community Benefit
In its operations in Peru, Freeport-McMoRan has taken the reuse concept much further and constructed a wastewater treatment facility for use not only by the mine, but also by the local community. Arequipa is the second largest city in Peru with nearly a million people, but wastewater treatment was minimal and untreated water was routinely discharged to the Chili River.

"We entered into an agreement with the local water authority where we capture 85% of wastewater produced by the city and treat it," Fabritz-Whitney explains. "We then take an allocation of treated water for use in the mines, replacing that which would otherwise have come from the river.

"The rest of the treated water is released downstream to the farmers who now have clean water for their produce, which means they can export it. Previously this was prohibited."

Zero Discharge Part of Freeport-McMoRan's long-term plan is to reach zero discharge from its facilities and the company is scouting for technologies to deliver the final percentage.

"I'm trying to figure out which technologies will bring us closer to that last 20%," Fabritz-Whitney reveals, "that increment that we're unable to reuse. How can we capture that and continue to reduce our footprint on the local supply by maximizing use of water within the facility?"

Consumer product manufacturer Kimberly-Clark is another industrial player on a water conservation quest. Vetri Dhagumudi, the company's global water program leader says the company has a goal for each site that relates to precise hydrological analysis.

Kimberly-Clark partnered with Deltares, an independent institute in the Netherlands to develop WaterLOUPE, a tool which can visualize water scarcity risks for an entire watershed, as well as specific groups such as industrial users, farmers and households. Kimberly-Clark is using WaterLOUPE to raise stakeholder awareness of local water risks and to encourage collaboration between government, business, communities and non-governmental organizations to preserve freshwater resources.

Stakeholder Engagement
"When we started our water conservation program, the goal was to reduce water use in our mills to a sustainable level," said Dhagumudi, "but we quickly realized that we couldn't just focus on our own facilities. It is critical that we consider the whole watershed and work with local stakeholders to understand water risk. That way, no one gets left behind."

Kimberly-Clark plans to implement WaterLOUPE in 12 water-stressed regions where it operates including Colombia, Brazil, Argentina and Peru. In the Western Cape of South Africa where Kimberly-Clark also has a production mill, the company is playing a dynamic role in helping the local government strategically understand the water scarcity crisis that nearly brought Cape Town to zero water supply in 2018.

A WaterLOUPE dashboard is being built for the Western Cape that will thoroughly assess the challenges through engagement with all stakeholders, data analysis and validation of technologies and solutions that could help bridge the water scarcity gap.

"In a water basin, if I do my part and my neighbor is not doing his part, how do you measure whether my action is successful?" Dhagumudi asks. "With WaterLOUPE we have the methodology to bring all the stakeholders together for collective action, but you also need a governing body to be in charge of this tool and it needs to be a neutral body.

Dhagumudi is helping to develop a water hub in the Western Cape that will address collective action challenges, in addition to serving as a research and training centre to develop solutions.

"We see the water hub as a unique governing body which promotes entrepreneurship and provides an opportunity for companies and for the private and public sector to share solutions. It's a model that can be rolled out in any catchment."

Collaboration Sandy Fabritz-Whitney, who previously worked in a regulatory role for the State of Arizona, echoes this broader-based strategy. "When you ask me about technologies, we don't focus so much on that. We're focusing more on how we can collaborate and work with the regional water users and come up with solutions that are beneficial to us but bring additional benefits and water supplies to the region."

Collaboration is also on the lips of Menno M Holterman as he reflects on the value of BlueTech Forum 2019, which takes place in London on 5-6 June. He says he appreciates the open-mindedness of the participants.

"Following a presentation by Nijhuis at last year's event in Vancouver, PepsiCo HQ started a dialogue with us," he says. "This has already resulted in a joint analysis of the practical implementation of Nijhuis innovations into some of PepsiCo's facilities.

"It's a great example of how our teams around the globe are helping our valued customers meet their increasingly demanding sustainability requirements, lower their environmental footprint, combine productivity and energy efficiency and reduce life-cycle cost, all whilst helping to create a water and climate resilient environment."

Dhagumudi sees BlueTech Forum 2019 as an opportunity to identify technologies to bring into Kimberly-Clark's water program. "BlueTech knows a lot about the technologies that are coming through and that can play a role in further shaping our strategy.

"The way to solve these challenges is by collectively working together," he says. "None of us would be in the water industry if there was no water crisis and we're all trying to solve that water issue."