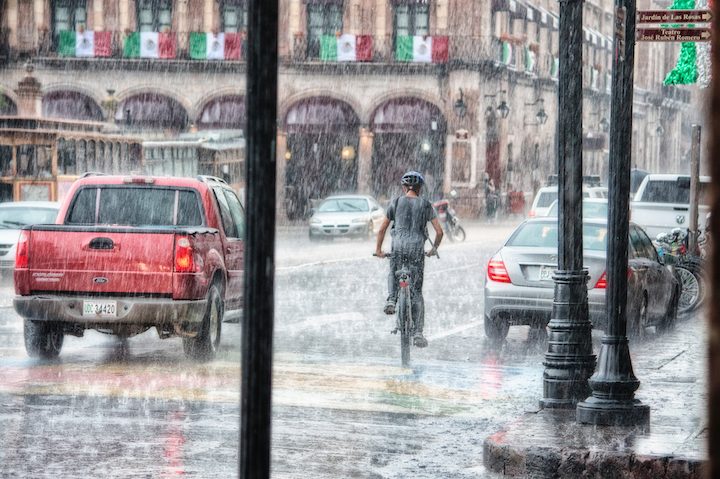 TIPTON, PA, OCT 21, 2019 -- New Pig Corporation, the world’s leading provider of products to control leaks, drips and spills, recently released the Stormwater Management Survey, an in-depth look at how well businesses understand the problems presented by contaminated stormwater discharge and the strategies used to mitigate the issue. Polling more than 300 individuals from manufacturing, government, repair, automotive, transportation and construction, the survey found that the majority of industrial facilities are not following proper stormwater management protocol.

“In designing our products, we’re on the front lines of stormwater management every day -- talking with customers, product users, industry leaders,” said Matt Riley, senior product developer at New Pig. “Based on these discussions, we knew facilities understood that storm drains present an ongoing risk for contamination, but suspected they are also not taking the necessary actions to resolve the problem.”

Since the Clean Water Act was passed in 1977, the EPA, states and local communities have used regulations to put pressure on industries to ensure clean stormwater discharge, including the requirement that facilities create Stormwater Pollution Prevention Plans (SWPPP) before they can receive National Pollutant Discharge Elimination System (NPDES) permits. Penalties for not staying in compliance can cripple a business, with fines ranging from $2,500 to $25,000 per day. More extreme cases could even result in lawsuits and jail time.

Key takeaways from the survey include:

Companies are not proactive: A majority of respondents said they only maintain, replace or check their stormwater products “whenever there is a problem” (36%), while less than half of participants check their products monthly (26%) or after every storm (10%), which are the recommended intervals.

Many companies do not have a dedicated stormwater expert: Only 54% of participants said they have a dedicated water or stormwater management employee, with 52% answering that they have an active SWPPP. Plus, in facilities where no employees are primarily focused on water or stormwater management, only 4% considered their organization’s level of knowledge as “expert,” while 53% said it was “novice.”

Beyond the management tactics, the survey also identified some of the top pollution drivers at facilities today. Eighty-three percent identified oils, fuels and grease as the stormwater pollutants they are most concerned about capturing. Trash and debris (39%) and sediments (35%) were distant runners-up.

Unsurprisingly, with 90% of participants saying their sites have parking lots, vehicles were declared the greatest source of stormwater pollution at their sites (62%).

Conversely, the survey showed a number of known pollution sources that are present on facility grounds are not being addressed. For instance, a large number of people identified that they have dumpsters on-site (77%), but far fewer listed them as a potential source of pollutants (45%).

“After evaluating the survey’s findings, we know that companies are at least aware of the risks that stormwater pollutants pose to the environment and their bottom line, but are not doing enough to protect their drains,” continued Riley. “At the very minimum, industry leaders need to understand that even if you have one drain you’re at risk for a stormwater violation — a costly reality that is easily avoidable.”