Legionella growth has been seen in petrochemical, food and dairy, paper mill and brewery wastewater. Facilities can implement safety measures to mitigate contamination. 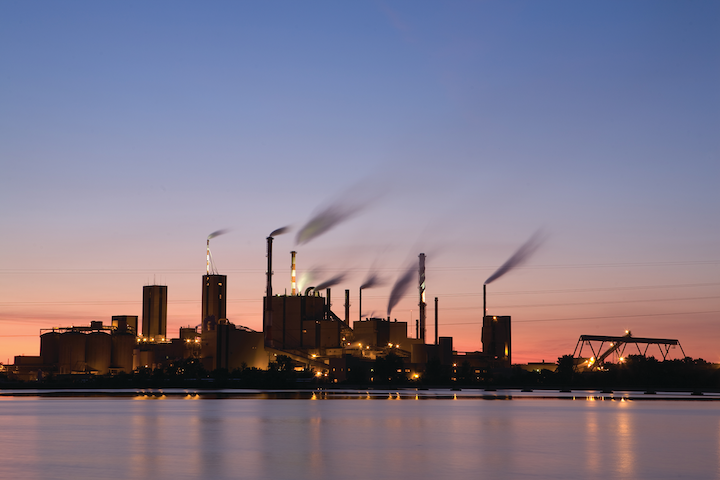 Ever since the Philadelphia Legionnaires Convention legionellosis outbreak in 1976, which gave the disease its name, the understanding of the widespread risks from airborne exposures to Legionella bacteria has expanded. A recent report is conservatively estimating about 70,000 cases per year in the U.S. with perhaps 35,000 hospital admissions and about 10 percent mortality, and most of the cases have a water connection. The consensus is that virtually all cases of legionellosis have an etiology that involves a role for some type of water. Water Technology published articles about the risks of waterborne legionellosis in September 2011, October 2015 and January 2017. Those articles discussed the pneumonia-like diseases legionellosis and Pontiac fever (a less virulent form) associated with plumbing and industrial and commercial cooling towers, as well as the high-risk populations. This article will focus on industrial and municipal wastewater treatment processes  and their associations with many illnesses and deaths among workers and populations in the near and even somewhat distant vicinity.

Legionellosis and Pontiac fever are pneumonias caused by inhaling a sufficient dose of the bacteria, usually Legionella pneumophila or Legionella longbeachae, respectively. Legionellosis is underreported because many pneumonia cases are not typed to identify the specific microorganism cause. Pontiac fever has flu-like symptoms, is generally self-limiting and is not fatal, so it is often not diagnosed or treated by a physician. Legionella grow primarily in warm water environments such as building plumbing systems, cooling towers, spas and hot tubs and ornamental fountains. Cases generally increase in summer months. The optimal growth temperatures are 25°C to 50°C (77°F to 122°F), but they will grow outside of that range. They multiply in biofilms and in some amoebas that provide protein nutrients and also protect them from disinfectants. The general public at highest risk due to individual susceptibilities are elderly, smokers and immune-compromised, including cancer patients. There are indications of some acquired immunity generated from prior undocumented exposures or survived infections. Many cases have occurred in hospital intensive care units, long-term care facilities, hotels, spas, building plumbing and downwind from cooling towers. However, cases have occurred in all age groups.

Although there are numerous published reports, a largely unrecognized source of Legionella growth and disease incidence has been from exposures to aerosols generated from biological wastewater treatment systems. Many types of wastewaters provide favorable conditions for Legionella replication throughout the year, including appropriate water temperatures, mineral nitrogen nutrients and the presence of amoebas that provide protection from disinfectants as well as protein nutrients that may not be available in less contaminated waters. In addition to municipal wastewater treatment systems, some of the documented industry incidents include: petrochemicals, food and dairy, brewery, wood production and paper mills. In addition, the applications of nonpotable reclaimed water reuse for agriculture and landscape irrigation have been implicated in production of Legionella and potential exposures. In addition, nonpotable reclaimed water applications in cooling towers provide an obvious enhanced widespread vector. Some drinking water treatment processes for volatile chemicals, iron and manganese, or taste and odor include an aeration step; however, those include a disinfection step later in the treatment train.

The risk of contracting legionellosis or Pontiac fever is from inhalation of contaminated aerosols, but not from drinking contaminated water. So wastewater treatment processes that produce aerosols either from aeration or spontaneous venting are the greatest concerns. They are usually biological processes including uncovered aerobic systems and activated sludge processes. The risks occur to process workers but also downwind to residents at sometimes considerable distances from the source. 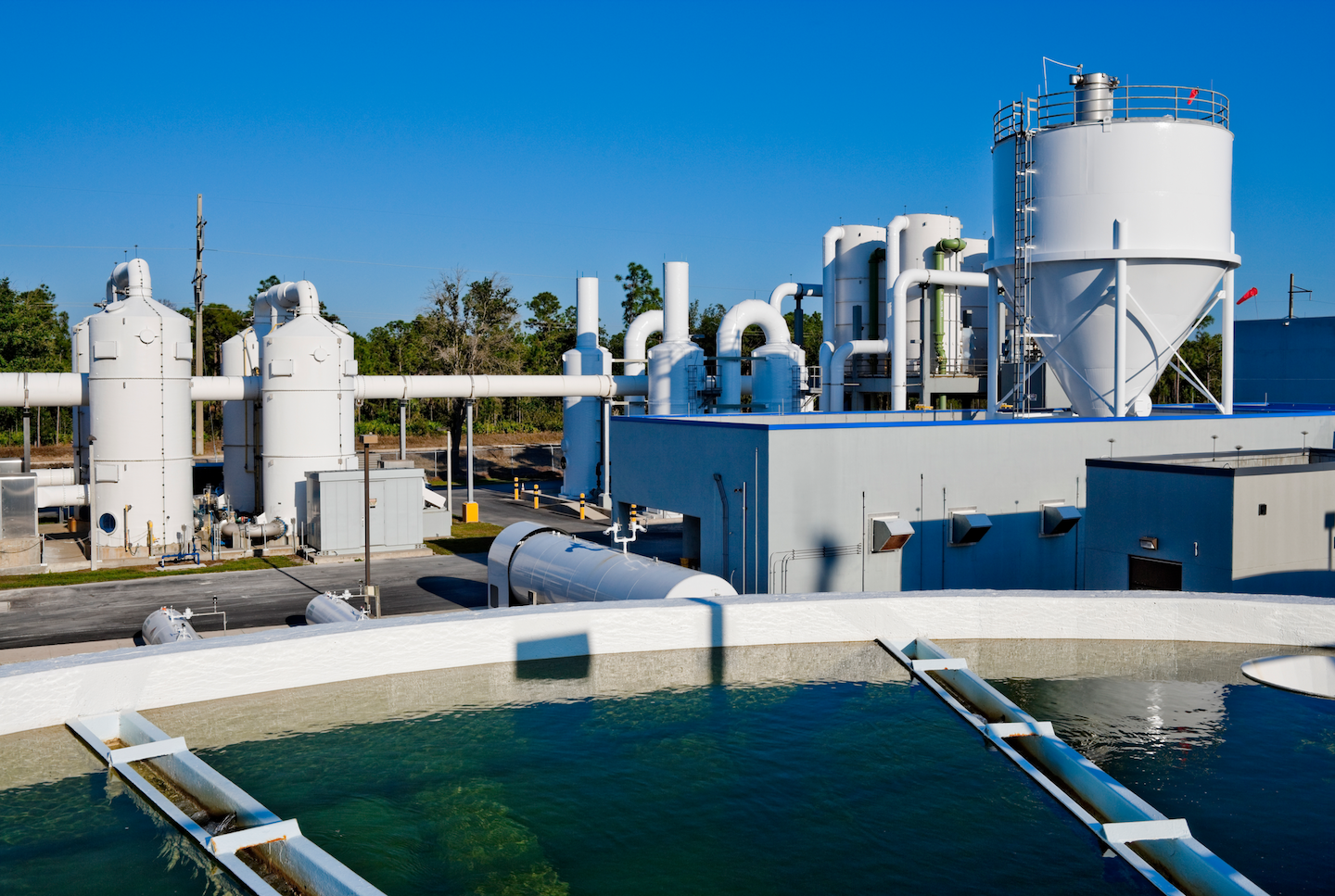 It is not surprising that there are numerous reports of detections of Legionella pneumophila in municipal wastewaters in many countries, including: Netherlands, Norway, China, Germany, France and the U.S. Concentrations as high as 108 bacterial cells per liter have been reported in raw wastewater and 106 to 107 cells/L in treated wastewaters. There were some reports of higher counts in treated water compared to raw sewage. Legionella have been detected in air above aeration basins on the order of 109 cells/m3. Legionella counts have been reported as much as 10 km downwind from a source, demonstrating the potential scope under the appropriate conditions of proliferation, aeration, humidity and atmospheric conditions. Downwind cases of legionellosis have been directly related to releases.

A recent report of an outbreak that occurred in Pas de Calais, France in 2003 to 2004 demonstrates the significance of the risk. There were 86 laboratory confirmed cases, 104 suspected cases and 18 fatalities within a radius of about 12 km from the aerators of an activated sludge basin for a petrochemical plant. The facility had cooling towers as well as the wastewater treatment facility. Concentrations in cooling tower water ranged from none to 730,000 to 1 million colony-forming units (cfu)/L at one point. The towers were shut down, but additional cases occurred. The aeration basins were analyzed and identical strains to the infected cases were found in and above the basins. Counts from one sampling found 5,400 cfu/m3 above the basin, and 300 cfu, 270 m downwind.

Aerobic biological treatment is commonly used in paper mill waste treatment. Inorganic nutrients are added to facilitate biological activity. Studies of paper mills in Sweden detected Legionella pneumophila from 106 to 107 cfu/L. Worker infections with the same strains of Legionella were identified. Similar results have been obtained in other countries. In a Norwegian study, there were 56 cases and 19 deaths associated with paper mill aeration ponds.

Brewery waste has high chemical oxygen demand (COD) as well as nutrients, and aerobic processes are used. In one outbreak example, Legionella were isolated from the plant sewer, the municipal wastewater treatment plant, the river receiving water and cooling towers on the brewery facility. Concentrations as high as 1010 cfu/L were found in some samples in the brewery’s waste treatment process. Ultimately, there were 159 suspected and 59 confirmed cases and two deaths in the area.

Food and dairy waste also has high COD and is rich in nutrients. Legionella strains have been found in numerous facilities. Most dairies apply activated sludge and a variety of other methods, including combinations of anaerobic pretreatment and aerobic treatment. An example in Denmark resulted in five workers being infected in the vicinity of an uncovered sludge thickening decanter. Concentrations in the sludge were about 106 cfu/g.

The inhalation risks associated with the wastewater treatment technologies are manageable. Wearing protective breathing equipment would be appropriate for workers in some cases. Key considerations include: not employing induced aeration to reduce the airborne transmission of contaminated aerosols containing Legionella and other potential pathogens; covering aeration ponds and basins and disinfecting the water. The latter might adversely affect the purpose of the aerobic processes. There may be cases when substituting an anaerobic process could be an effective risk-reducing decision.

Diagnoses of legionellosis and Pontiac fever demonstrate that they are a significant public health risk of illness, and sometimes death. The reported cases are in the many thousands per year in the U.S., and they are growing in numbers, at least partly because of more emphasis on specific diagnoses rather than treatment with broad-spectrum antibiotics, which are not always successful. Exposures to airborne Legionella, as well as many other pathogens, can occur from many causes that involve water as a growth medium. The risks have probably always existed, especially in the developed world, but were only recognized after the legionellosis outbreak in 1976. National management requirements have been slow to materialize. Wastewater is an obvious vector, and industrial and municipal wastewater treatment processes that include aeration are particularly problematic.

The technology exists to match specific strains of microorganisms in treated wastewaters, the airborne releases and transport and the strains in infected people, so there is a high risk of legal cause-and-effect liability when cases are identified in the vicinity of known sources.

It would be incumbent for users of wastewater treatment processes to take care to avoid releases of aerosols. Legionella management of wastewater and cooling towers does not specifically address Legionella prevention in most country regulations. However, defenses in legal liability actions would not be protected by citing the absence of regulations since the problem is recognized.

Editor's note: Due to a formatting error, the printed version of this article stated "108 bacterial cells per liter have been reported in raw wastewater and 106 to 107 cells/L in treated wastewaters", "Legionella have been detected in air above aeration basins on the order of 109 cells/m3", "Concentrations as high as 1010 cfu/L were found in some samples", "Concentrations in the sludge were about 106 cfu/g." The correct statistics are reflected in this online article.