Facing a state mandate to reduce water usage by a third, the University of Connecticut in Storrs, Conn., built a Reclaimed Water Facility to tap into an abundant supply of treated wastewater available at the institution’s water resource recovery facility. 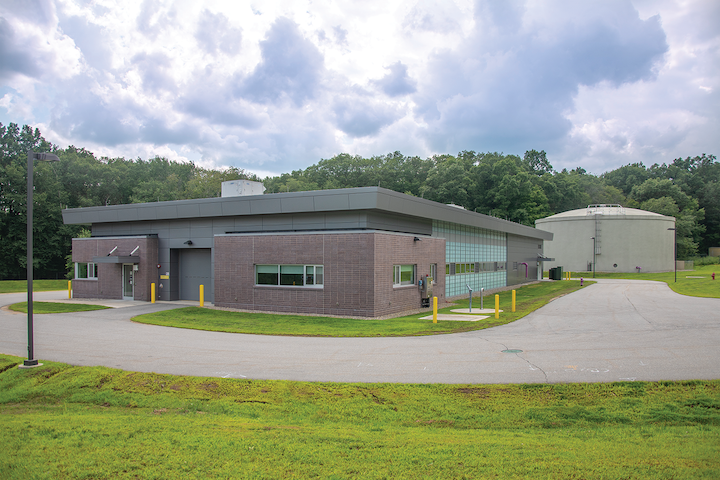 Facing a state mandate to reduce water usage by a third, the University of Connecticut (UConn), in Storrs, Conn., built a Reclaimed Water Facility (RWF) to tap into an abundant supply of treated wastewater available at the institution’s water resource recovery facility.

Facing a state mandate to reduce water usage by a third, the University of Connecticut (UConn), in Storrs, Conn., built a Reclaimed Water Facility (RWF) to tap into an abundant supply of treated wastewater available at the institution’s water resource recovery facility. The RWF has been operating effectively for six years, however in its initial startup and optimization period, the facility endured operational and water quality challenges. Successful collaboration between the design engineer, UConn staff, and the integrated operations and engineering team from Woodard & Curran — as well as some trial and error — helped steady the ship. The plant has continually met its treatment goals, made significant operational improvements, and implemented successful control strategies, and the University continues to plan future applications for reclaimed water. 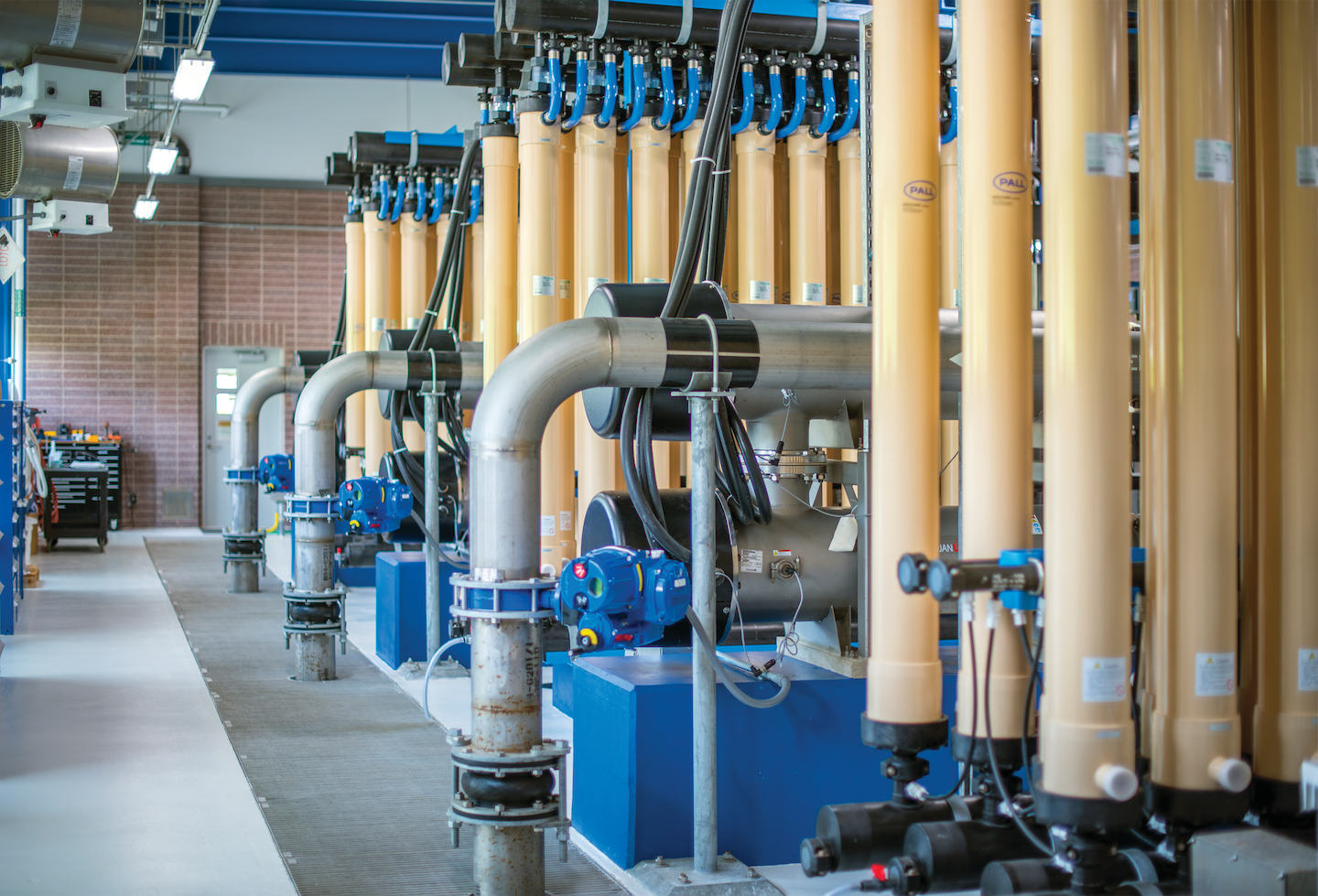 The water from the reclamation facility can be used at the University’s Central Utility Plant (CUP) directly for the cooling tower and chilled water system to generate electricity, air conditioning, and heat for the Storrs campus.

UConn has faced waves of growth over the last few decades. In 1995, Connecticut’s General Assembly adopted the “UConn 2000 Project,” a 10-year, $1 billion plan to rebuild, renew, and enhance the university and its resources to accommodate the university’s rapid growth. In 2002, the Connecticut State Legislature added another $1.3 billion improvement plan, which it called “21st Century UConn.”

As the university continued to grow, so did the community’s water demand. As the only public water supply system within the local area, the University is responsible for providing water for nearly 25,000 users, which includes not only the university community, but several schools and municipal buildings in the town of Mansfield, more than a dozen commercial buildings and approximately 100 private homes surrounding the campus. UConn’s water is drawn from groundwater wells near both the Fenton and Willimantic rivers, and the amount of water withdrawn is regulated through state permits.

Despite significant water conservation efforts, a portion of the Fenton River that runs past campus near UConn’s water supply was desiccated during a drought period in 2005. This was attributed in part to elevated withdrawals from the Fenton wellfield during the University’s seasonal peak demand. In response, the State of Connecticut established a mandate for UConn to reduce its water withdrawal rates within the existing permitted water supply by one-third (i.e., 1 MGD ).

To meet these new standards, UConn put additional conservation measures in place, including increased outreach to promote water conservation, the development of Sustainable Design Guidelines for any new on-campus construction, streamflow monitoring of the Fenton River, and withdrawal management protocols based on streamflow. However, the University recognized that the additional conservation measures alone were not enough to meet the current mandate and the community’s future water needs. Thus, in addition to a formal drought response plan with voluntary and mandatory water conservation measures, UConn decided to construct a $25 million RWF to further improve water supply. 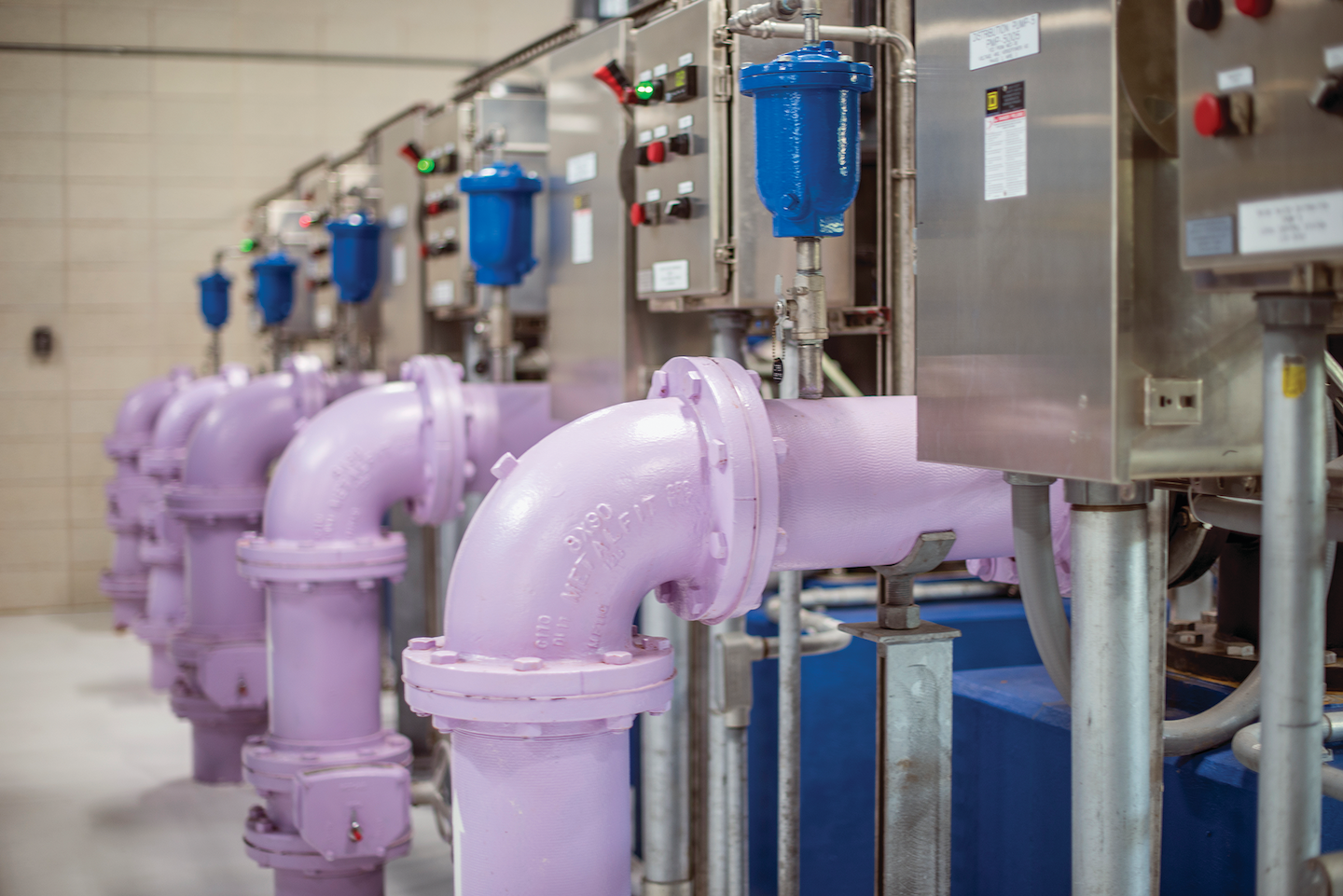 Because this is a closed-loop system, additional measures must be taken to monitor the levels of dissolved constituents that may be more concentrated in the blowdown or waste stream returned to the WPCF.

There are three significant qualifiers for determining whether a water reuse project is a sensible solution to a water supply issue: water scarcity, economic conditions, and supportive regulations. Let’s see how UConn’s scenario stacks up:

This project would allow the abundant supply of treated wastewater available at the university’s Water Pollution Control Facility (WPCF) outfall to be redirected to the RWF for advanced treatment and reuse. Initial planning for the $25 million RWF project started in 2006 and construction began in 2011. The facility came online in stages during spring 2013 and was fully operational by early summer. Today, the facility is helping to reduce the university’s need to draw on local sources, substantially extending available drinking water supply, and preserving the area’s natural resources.

The water from the reclamation facility can be used at the university’s Central Utility Plant (CUP) directly for the cooling tower and chilled water system to generate electricity, air conditioning, and heat for the Storrs campus. Treated reclaimed water used in the boilers and directed to steam attemperation is filtered at the CUP through an ion exchange and upgraded reverse osmosis system. The steam attemperation feedwater also receives electrodialysis purification. Because this is a closed-loop system, additional measures must be taken to monitor the levels of dissolved constituents that may be more concentrated in the blowdown or waste stream returned to the WPCF. Additional challenges include corrosion and scaling control for the cooling towers and pipelines that will require specific mitigation strategies, depending on compound concentrations in the reclaimed water. 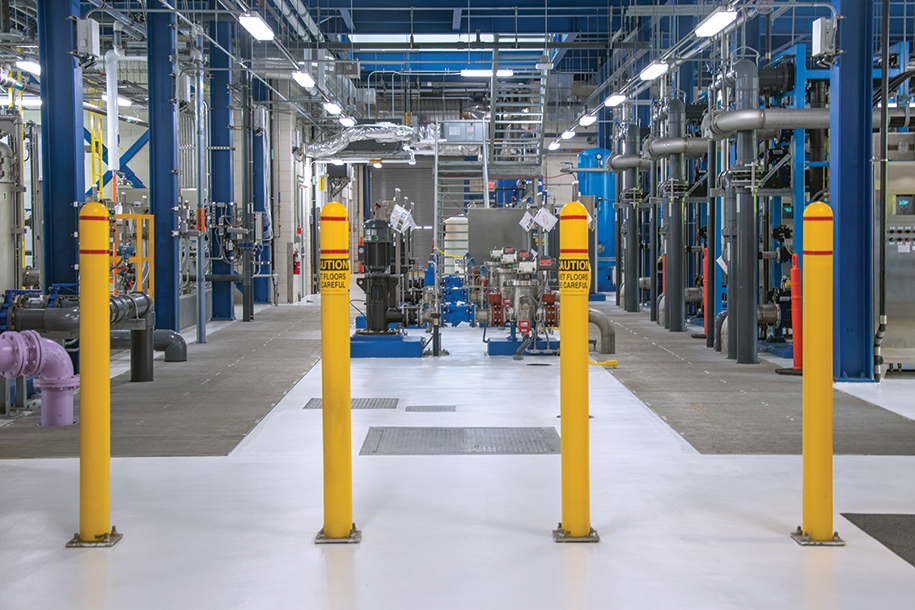 Facing a state mandate to reduce water usage by a third, the University of Connecticut (UConn), in Storrs, Conn., built a Reclaimed Water Facility (RWF) to tap into an abundant supply of treated wastewater available at the institution’s water resource recovery facility.

Shortly after the RWF came online, operators noticed an increase in the dissolved constituents in the water, which increased the water’s conductivity. The RWF was designed with a maximum expected conductivity level of 700 μS/cm, but in 2014, the levels were consistently above 1,000 μS/cm. This was especially problematic as the CUP’s boilers require conductivity below 20 μS/cm to operate properly. 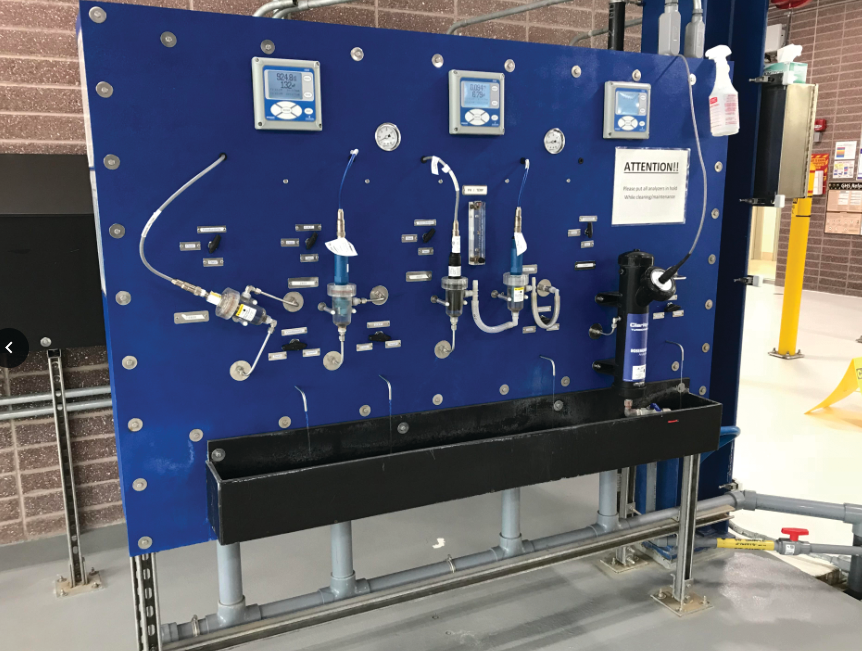 When conductivity levels are too high for the boilers or the cooling tower loops, the high conductivity water is rejected and returned to the wastewater treatment plant.

Woodard & Curran has been helping the university review additional uses for reclaimed water, but due to lack of reuse policy and regulation in Connecticut, unique permitting challenges exist. The team is working with regulatory agencies to make reclaimed water available for irrigation purposes, and water reuse for new construction is being considered through a sustainable design guidelines initiative. However, the Connecticut Department of Energy & Environmental Protection (CT DEEP) has not yet established regulations for wastewater reuse, and initial approaches provided by the CT DEEP differ from the U.S. Environmental Protection Agency’s guidelines for unrestricted urban reuse. More work needs to be done to achieve these beneficial reuse goals at the university and within the state.

In the future, UConn hopes to expand the usage of reused water to irrigation. This will provide a controlled release in the semi-closed loop while providing simultaneous benefit to the campus with water for lawns and landscaping.

Currently, DEEP does not have formal regulations and guidelines for water reuse, but it is anticipated that an irrigation permit may be issued as a modification to the CT DEEP National Pollutant Discharge Elimination System Permit that the UConn WPCF maintains.

With an irrigation permit in hand, the RWF would be able to divert more than 150,000 gallons of water a day from the potable water supply. Woodard & Curran is currently working with the DEEP and the Conn. Department of Public Health to compile the relevant documents to get the permit formalized.

With the issue of conductivity controlled and with a perfect compliance record, UConn’s RWF is a first-of-its-kind success in Connecticut. The system continues to meet treatment goals serving the on-campus power plant’s steam generators and cooling towers, and its effluent has been incorporated into new construction, such as providing reclaimed water for cooling purposes and flushing of toilets. Once DEEP permitting guidelines are finalized for the on-campus irrigation system, new infrastructure can be added to expand the RWF’s applications. A reclaimed water distribution system has been installed throughout the campus and will allow for future use of reclaimed water as the campus grows. IWW

About the Author: Robert Scott has over 30 years of operations, maintenance, and management experience, 1,400 hours of trade-specific education and training, and holds various licenses in the water and wastewater related fields. He has been involved with the construction, start up, and commissioning of seven new wastewater treatment facilities and was the project manager for the University of Connecticut’s Reclaimed Water Facility where he was responsible for administrative reports, ensuring client satisfaction, contract compliance, health and safety, operations and maintenance activities, and the management of plant and technical support staff.