Research is showing that our water supplies are at increased risk. 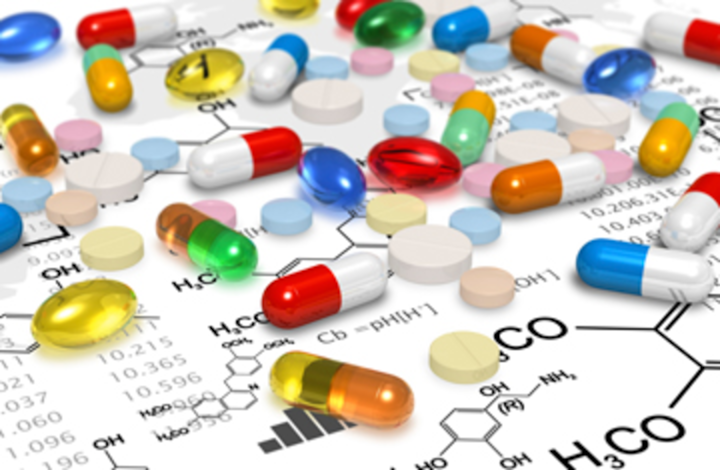 Research into the presence of pharmaceuticals and other personal care products (PPCPs) in drinking water has not been limited to U.S. government agencies. A five-month long investigation in 2008 by the Associated Press (AP) analyzed federal drinking water databases, reviewed hundreds of scientific reports and interviewed more than 230 officials, scientists and academics. AP”s investigatory team also surveyed drinking water system providers in 50 of the largest cities in the U.S. as well as small community water providers in all 50 states.

AP”s investigation determined that a wide array of pharmaceuticals, including antibiotics, anti-convulsant drugs and mood stabilizers, were found in the drinking water supplies that serve at least 41 million Americans. Specifically, pharmaceuticals were found in the drinking water supplies of 24 major U.S. metropolitan areas. The AP investigation also tested samples from the watersheds of 35 of the 62 major providers and found pharmaceutical concentrations in 28 of those watersheds.

As noted in the WHO technical study discussed in part one, concentrations of pharmaceuticals in drinking water have often been below levels detectable with most analytical testing equipment. But, most studies on PPCPs also concede that the effects of prolonged exposure to even small concentrations of pharmaceuticals in water are not well understood. Although the increased detection of PPCPs in drinking water in recent years is due, in part, to advances in analytical technology, continued technological advances along with routine monitoring are necessary to fully understand the occurrence of these contaminants and their relevance to human health and the environment.

During the past decade UL has used advanced analytical equipment, such as high performance liquid chromatograph with triple quadrupole mass spectrometer (HPLC/MS/MS). When coupled with various sample preparation techniques, this technology has enabled UL to develop several analytical methods to detect a wide range of emerging contaminants in the parts per trillion (ppt) concentration range. This level of detection represents a thousand-fold increase in measurement sensitivity when compared with the parts per billion (ppb) concentration range available with standard analytical equipment and methods.

UL has leveraged these advanced analytical technologies to enable increased understanding of the occurrence of PPCPs and EDCs in drinking water. Table 1 lists the 10 most frequently detected PPCPs submitted to UL from various cities in 30 states between 2008 and 2009. A total of 57 different PPCPs and 17 different EDCs were detected.

While the concentrations of PPCPs found in drinking water supplies sampled by UL were millions of times lower than the concentrations prescribed for therapeutic effect, additional research by the Environmental Protection Agency (EPA) and others is underway to determine the potential health risk to humans and ecological systems of PPCPs at these concentration levels.

More recently, UL has continued its efforts to further develop its own testing methods for identifying PPCPs and other contaminants. In 2009 and 2010, UL developed a specific method for the analysis of PPCPs and EDCs based on prior proprietary testing methods. The new method, L222, focuses on the detection and analysis of almost 30 of the most frequently detected and studied PPCPs and EDCs, including acetaminophen, bisphenol A, caffeine, DEET, estrone, nicotine, nonylphenol and triclosan. UL also created method S190, which streamlined the analysis of selected semi-volatile organic compounds, including sterols, phosphate flame retardants, fragrances, polyaromatic hydrocarbons (PAHs), phenols and pesticides.

Most conventional water treatment systems are not specifically engineered or equipped to remove PPCPs from drinking water. However, depending on the specific chemical class of the contaminant, there is a range of treatment methodologies that have proven effective for removing PPCPs or reducing their concentration. Such methodologies include:

According to some researchers, a number of individual water treatment methods have demonstrated high levels of success in removing PPCPs in several classifications, as follows:

The EPA”s Office of Water maintains an inventory of scientific studies and literature on the treatment of CECs, which includes abstracts of over 400 documents available through the U.S. National Library of Medicine and other sources. The EPA”s 2010 report, “Treating Contaminants of Emerging Concern,” offers a detailed review of the effectiveness of various types of treatment methodologies based on compiled data from a subset of the EPA”s research document inventory.

As authorized under the U.S. Safe Drinking Water Act (SDWA), the EPA sets drinking water standards to control contaminants in the public drinking water supply and currently has drinking water regulations for more than 90 separate contaminants. To determine whether a contaminant should be regulated, the EPA analyzes peer-reviewed science addressing a number of variables, including the occurrence levels of a contaminant in the environment, routes of human exposure and the health effects of exposure, particularly the effects on vulnerable subpopulations.

The fact that contaminants are detected in trace amounts does not alone imply risk to humans. Significant research is still needed to understand both the scope of the problem and its implications for our public drinking water supply. The EPA has several research efforts currently underway to strengthen the science for understanding the behavior of PPCPs in drinking water, including research, methods development and occurrence studies. Data from this research will assist the agency in determining whether regulations regarding acceptable concentrations of PPCPs in drinking water and the testing of public drinking water systems should be considered, even in the absence of health-based standards.

As part of its ongoing research to determine the occurrence of contaminants of emerging concern, the EPA has recently proposed the Unregulated Contaminant Monitoring Rule (UCMR 3). UCMR 3 will require all public water systems serving more than 10,000 people as well as a representative sample of the 800 systems serving 10,000 or fewer people to conduct assessment monitoring for the presence of 28 separate chemicals during a 12-month period. The rule will require public water systems (PWS) to conduct this occurrence monitoring from January 2013 through December 2015. Included in UCMR 3 are a number of hormones, including equilin and esteron (used in estrogen replacement therapies) and testosterone. Although these substances are not currently regulated by national primary drinking water regulations, the EPA will use the data from this and prior UCMR assessment phases to determine whether further regulations are in the interest of public health.