OXFORD, Pa. — Electronic water treatment (EWT) can be used as an alternative to chemical and manual descaling. 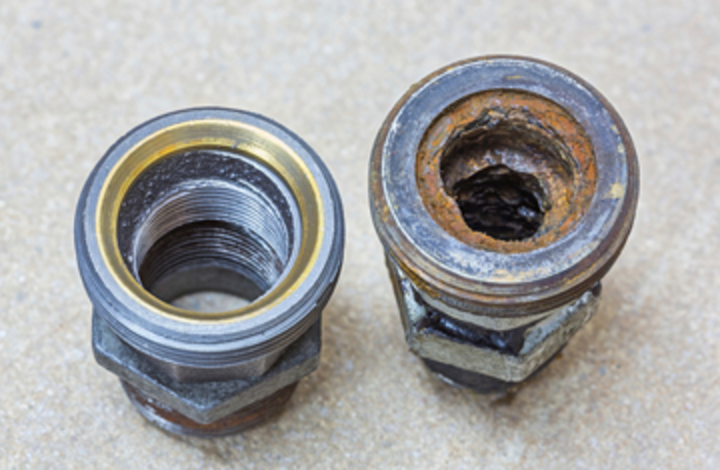 OXFORD, Pa. — U.S. food and drink producers spend billions of dollars each year in downtime, increased energy bills and the early renewal of capital equipment caused by hard water limescale blocking lines and leaving calcium carbonate deposits on water-fed equipment.  Scale and sludge formation are the result of the precipitation of compounds that are no longer soluble under the prevailing conditions at the point of deposition. This typically occurs in the regions of highest temperature and includes a wide range of equipment used within food and drink production ranging from heat exchangers to retort cookers and from steam ovens to reverse osmosis (RO) units.

Scale deposits, known as fouling, can cause a number of operational problems such as plugging of equipment, inefficient usage of chemicals, increased utility costs, lost production and downgraded products from increased dirt counts. In addition the incorporation of undesirable trace particulates can lead to off-flavors or off-colors, reducing shelf life, or even making the product unsalable. Scaling deposits are common in flow lines subject to changes of pressure or temperature.  Regardless of how hard water effects are achieved, the outcome is the same.  Scale formation results in reduced pipe diameter or blocked pipes, reduced heat transfer efficiency, seized pumps, inoperable valves, misleading meter readings and defective heating elements.

Some of the processes affected by scale formation in the food and drink industries include:

These are used extensively within the food manufacturing process. With recycled water reaching temperatures of 284 degrees in the return lines manufacturers experience ongoing problems with calcium build-up.

These are used extensively in bakeries and scale-up regularly, requiring frequent downtime to acid clean.  In bakeries, water softeners cannot be used as the sodium entering the water supply from the softeners is absorbed by the dough.

RO units often have to be chemically cleaned every 80-90 hours of operation. The cleaning is determined by the permeate flow rates and pressure differentials across the membranes. The drop in flow rates and increased pressure primarily results from the increasing calcium carbonate fouling on the membrane surface.

When milk is treated in an evaporator for the removal of water, scale in the form of "milkstone" builds up on the inside of the tubes, associated equipment, pumps and pipework. The removal of milkstone is necessary to maintain operating efficiency, with the costs of removal being measured in labor, chemicals, production losses and increased energy costs due to reduced thermal efficiency.

Brinery is used to top up cans with water. Heated by a steam heat exchanger, water on a continuous feed fills each can in turn on a production line. The can is then sealed and taken to a retort for the final cooking process. In hard water areas brineries and pipework regularly block with scale necessitating plant shutdown to descale.

Calcium on bottes can cause scanners to reject clean bottles.  The sidewall scanners can sense a droplet on a bottle and read it as a mark or shadow.

In hard water areas, these systems regularly scale up necessitating downtime for descaling.

Steam is raised via a boiler and is then circulated through a pipeline to a tank that heats water for factory use.

Alternatives to chemical and manual descaling

For over 25 years electronic water treatment (EWT) has been used by the food and drink industry to remove fouling from equipment.  To explain the effect of electronic scale removal it is first important to understand the major factors that cause scale.  Whilst scale can be a complex of many minerals, calcium carbonate is the most prevalent in industrial processes.

Aqueous solutions can become supersaturated, which means that they contain higher concentrations of dissolved solute than their equilibrium concentration. Such solutions are not stable and are easily triggered into dropping back to saturation level, forcing the dissolved compound to precipitate. Even when a bulk solution is less than fully saturated, scale formation can occur spontaneously due to localized super saturation, at a surface for example.

Gases in general, and specifically carbon dioxide, are less soluble in water at high temperatures. Therefore, as the temperature rises, the dissolved carbon dioxide decreases. This increases the pH of the fluid, reducing the solubility of the calcium carbonate and forcing the mineral to deposit.

Carbon dioxide and gases in general are more soluble under higher pressure. Therefore, as the pressure drops, carbon dioxide gas will be forced out of solution, lowering the carbonic acid concentration. The rise in pH is associated with a drop in calcium carbonate solubility, leading to the formation of mineral scale deposits.

This is a non-invasive system utilizing a solenoid coil or coils wrapped around the pipework to be treated. A continuous frequency-changing signal generator, within a specified range, supplies current to the coils. The pulse shaped current creates an induced electric field, concentric around the axis inside the pipe. As a consequence of this arrangement, any charged particle or ion moving within the field experiences a so-called Lorentz force generated by the interaction between charged particles and magnetic and electric fields.

The treatment influences the initial nucleation, resulting in crystals that do not "stick" together. Untreated water builds up matted structures that continuously grow. This treatment creates idiomorphic, scattered crystals, which do not form matted structures. They have a rotundas shape, which means that they have a larger volume in relation to a smaller surface. This feature makes them sensitive to water currents and they are easily flushed out of the pipeline. As no new scale layers are formed, the sheer force of the water flow will gradually remove existing layers of scale. The ability to adjust power, frequency and coil configurations of products like the Scalewatcher on site enables optimized performance with no downtime and no pipe replacement.

The majority of food and drink production utilizes water-based processes.  There is now pressure on these industries to minimize water consumption, reduce energy use as well as the environmental impact of cleaning  equipment by using chemicals.  Achieving a ‘greener approach’ to calcium carbonate fouling with electronic water conditiong equipment has, in recent years, become a recognized means of dealing with this problem.