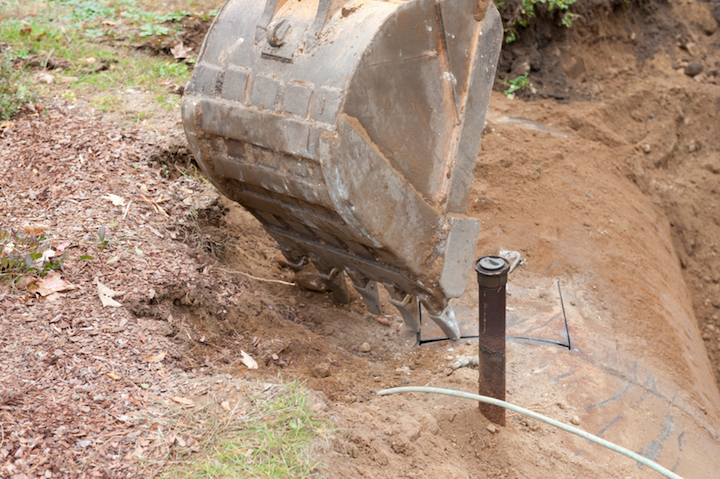 No cause for the corrosion has yet been identified, though future EPA research efforts will work to identify a solution.

Gina McCarthy, the EPA’s administrator, delivered the keynote address at the Funding and Financing Conference on Drinking Water and Wastewater Infrastructure for Communities in Need July 19 in the District of Columbia.

The event, which was hosted by the EPA and took place at the Decatur House, looked at the importance of water infrastructure for economic development in communities with economic hardships. Several agencies were on hand to discuss improvements in financing.

The EPA, U.S. Army Corps of Engineers Southwestern Division and the Texas Water Development Board signed an agreement on July 27 improving interagency coordination on large-scale water projects in Texas.

Dialogue for this agreement began in 2015. The agreement focus on large water supply projects "where predictable impacts are significant enough to warrant the development of an Environmental Impact Statement, as required by the National Environmental Policy Act."

This partnership will provide guidelines and methods for some required data of the permit evaluation process under Section 404 of the Clean Water Act, helping applicants of these projects.

The EPA will meet with the public August 2016 to discuss a proposed $11 million cleanup plan for the Standard Chlorine Chemical Company Inc. Superfund site in Kearny, New Jersey.

Heavy contamination from polychlorinated biphenyls (PBCs), dioxin and other hazardous chemicals produced from previous manufacturing operations at the site have been confirmed.

Cleanup efforts at the site have occurred under oversight by the New Jersey Department of Environmental Protection and the EPA. The new proposal would cleanup the remaining areas and work to prevent further soil disturbances.

The Texas Commission on Environmental Quality (TCEQ) received $2,576,000 from the Environmental Protection Agency (EPA) to prevent and respond to underground storage tank concerns in the state.

Leaking tanks can cause explosions, respiratory illness and, most hazardous of all, groundwater contamination from products stored inside, which contain petroleum, hazardous substances, and other harmful products.

The Water Environment and Reuse Foundation received a $2.7 million grant from the EPA to research stormwater and reuse options.

The specifics of the grant include $750,000 for improving water reuse and conservation in the Potomac watershed, whereas the remaining $1.95 million will be used to find ways to better control stormwater runoff nationwide.

The grant aims to further the EPA’s extensive work on water ruse and conservation in the U.S.

The Department of Justice and the EPA reached a $177 million settlement agreement with Enbridge Energy Limited Partnership and other Enbridge companies in the 2010 case of oil spills in Marshall, Michigan, and Romeoville, Illinois.

In the settlement, Enbridge agreed to spend $110 million on preventative measures and improved opperations for its almost 2,000 miles of pipeline in the Great Lakes Region, as well as to pay $62 million in penaltis for Clean Water Act violations.

Enbridge already has paid $57.8 million and $650,000 in cleanup costs from the Marshall and Romeoville spills, respectively, with total costs reportedly in excess of $1 billion for the cleanup process.

Honeywell International Inc. and Georgia Power Company agreed to an estimated 28.6 million of the 760-acre saltwater marsh the the LCP Chemicals Superfund site in Brunswick, Georgia.

LCP Chemicals was responsible for dumping mercury and other hazardous chemicals into U.S. waters in the 20th Century, and six officers and employees were convicted on criminal charges in a 1990s case against them.

Cleanup of the site, which was placed on the Superfund list in 1996, has been underway for three decades. Honewell and Georgia Power have agreed to get behind the cleanup of the contamination.

"We appreciate that these companies have stepped forward to remedy the contamination to which they and others have contributed," Assistant Attorney General John C. Cruden of the Justice Department’s Environment and Natural Resources Division said in a release. "This settlement makes critical progress toward the remediation of the LCP Chemicals Superfund Site and will minimize risks to people and the environment posed by contamination in the marsh."

In addition, the plan would establish land use controls to prevent groundwater and residential uses in the area.